Showing posts from October, 2015
Show all

The Crow for Devil's Night (Fate)

- October 31, 2015
Last year, I statted Eric Draven up in GURPS. This year, I thought I'd give him a go in Fate, particularly using the framework from Venture City Stories. So, here you go.

Secrets of the Chi War on DriveThruRPG 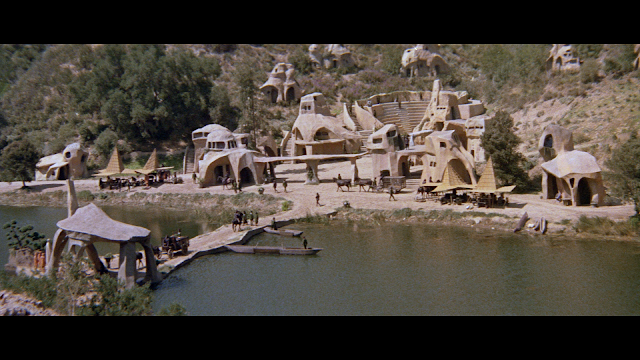 Secrets of the Chi War, an expansion for Feng Shui 2, is now available on DriveThruRPG. This PDF was funded through the phenomenal FS2 Kickstarter, and it features the work of such fine designers as +Ruth Tillman, +Filamena Young, +Kevin Kulp, and +Ryan Macklin.

I had the pleasure of writing several sections on the Future Juncture, including "Blowing Up Apeworld." Piecing together a glimpse of Furious George's fortress-capital was a load of post-apocalyptic fun. I even found a way to work the bananas set design from the original Planet of the Apes into Feng Shui.
Secrets of the Chi War also includes looks at ancient Chang'an, 1850s Canton, 70s Harlem and Hong Kong, 80s Miami, and modern Seoul and Tokyo. Even weirder locations include prehistoric Mongolia (complete with dinosaur kung fu masters) and the mutant-controlled sewers of Future New York. It really has something for any Feng Shui game. If you missed the Kickstarter, you can pick up Secrets of the Chi War right…
Post a Comment
Read more

- October 16, 2015
Fate Core describes the challenge structure:
A challenge is a series of overcome actions that you use to resolve an especially complicated or dynamic situation. Each overcome action uses a different skill to deal with one task or part of the situation, and you take the individual results as a whole to figure out how the situation resolves. While many challenges will take place in a single scene, some situations may stretch out over multiple scenes. If you are running a challenge like this, run scenes like you normally would. Characters perform whatever actions the need to during these scenes, and you can even work contests or conflicts in where they make sense.

If characters make overcome actions during the scene and succeed with style, players can bank the boosts generated rather than spending them right away. At the end of each scene, one player makes the overcome action required for the challenge. They can use any banked boosts on this action to influence success in the challenge.