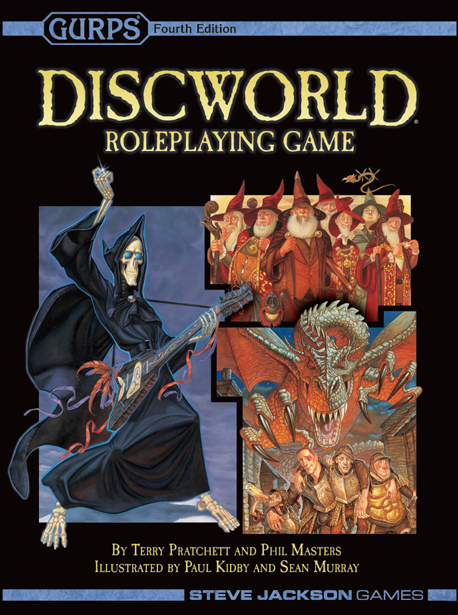 The Discworld Roleplaying Game is a standalone fantasy RPG written by Phil Masters with rules based on GURPS Fourth Edition by Steve Jackson Games. It is the second edition of Discworld RPG, following the original GURPS Discworld published in 1998 and reprinted under the Discworld RPG name in 2002.

For those who may not be familiar, Discworld is the setting of an extremely popular series of fantasy novels written by Sir Terry Pratchett. The Disc consists of a flat, circular plane resting on the backs of four elephants who in turn stand on the shell of an enormous turtle which swims through space. It began as a fairly traditional — if satirical — fantasy world, but through over 40 novels, Pratchett advanced the setting into a rich canvas on which to poke fun at the peculiarities of modern life.

The first edition of the Discworld RPG was based on GURPS Third Edition, and it included GURPS Lite, a pared down version of the core system. Still, it relied perhaps too much on knowledge of the full GURPS rules. The new Discworld RPG is a full-featured RPG on its own, adapting whole chapters from the GURPS Basic Set, including character creation and tasks. No other GURPS books are needed to play, and in fact Discworld makes few references to the great GURPS line.

As a GURPS fan first, I was particularly interested to see how the rules were integrated. I am very happy with what I found. The basic structure of the game is familiar from GURPS Fourth Edition, but everything has been reorganized for better reference — and to make it easier to learn as well.

Character creation, for example, is split into two chapters. The first covers common traits that could appear on any character, while the second covers exotic traits useful for making fantasy races as well as templates to speed up making your character. Each chapter includes running examples of a character made using the rules in that section — a custom-built human enchantress, and a dwarf thaumaturgist built using templates.

The combat rules keep the basic combat system of GURPS without layering on the added complexity of maps and tactical combat. However, a few specific extra rules are included where they play to the genre. A few types of called shot are spelled out, for example, with including the entire hit location system.

Discworld RPG even includes an entirely new magic system. Phil Masters compiled GURPS Thaumatology, an entire book about alternate magic systems, and he used his knowledge from that volume to craft a simple yet robust magic system that focuses more on a spell's narrative impact than specific factors like range and damage.

Physically, Discworld RPG is a 408-page hardcover with black-and-white interior printed on a slightly heavier stock that feels very good to the touch. Illustrations are by Paul Kidby and Sean Murray, with cover art by Kidby. Most art is excellent, though some pieces are less polished and resemble pencil sketches.

This edition of the Discworld RPG is a solid fantasy game that could probably serve as someone's first roleplaying game, if they were a big enough fan of the novels. As a fan of GURPS, I am very excited by the adaptation of the system. It gives me hope that the forthcoming Dungeon Fantasy Roleplaying Game will make similar changes. If it does, I think it'll be another fine standalone game like this one.

Style: 3/5. Physical composition is excellent as is layout, but enough weak art pieces make me mark this one down to merely average.
Substance: 5/5. In addition to presenting a complete take on the GURPS rules in only about a hundred pages, the book gives enough setting information and GMing advice that a non-reader of the source material like me could follow along and start plotting out a few adventure ideas.
Email Post
Labels: Discworld GURPS 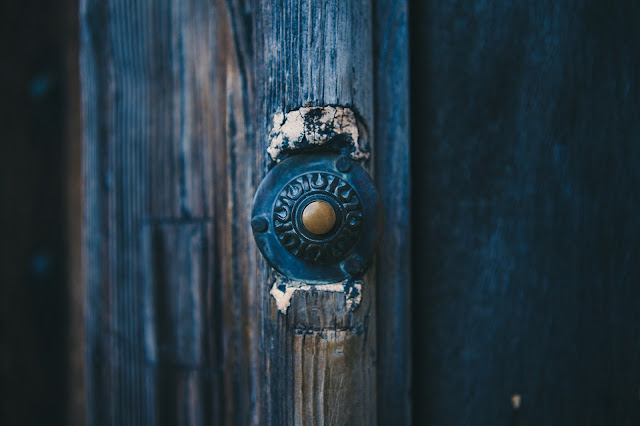 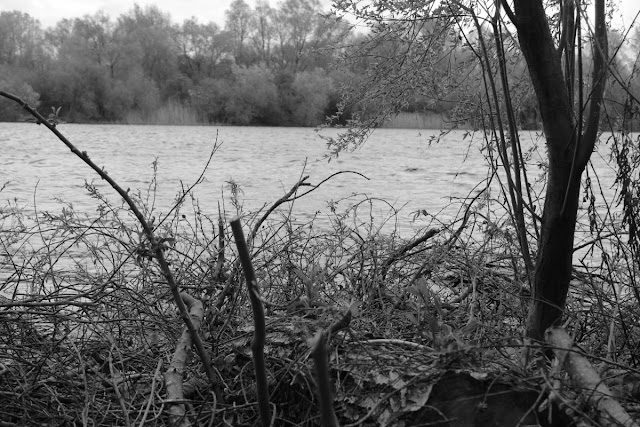